Who You Calling Fatty? Here’s What You Need to Know About Lipomas! 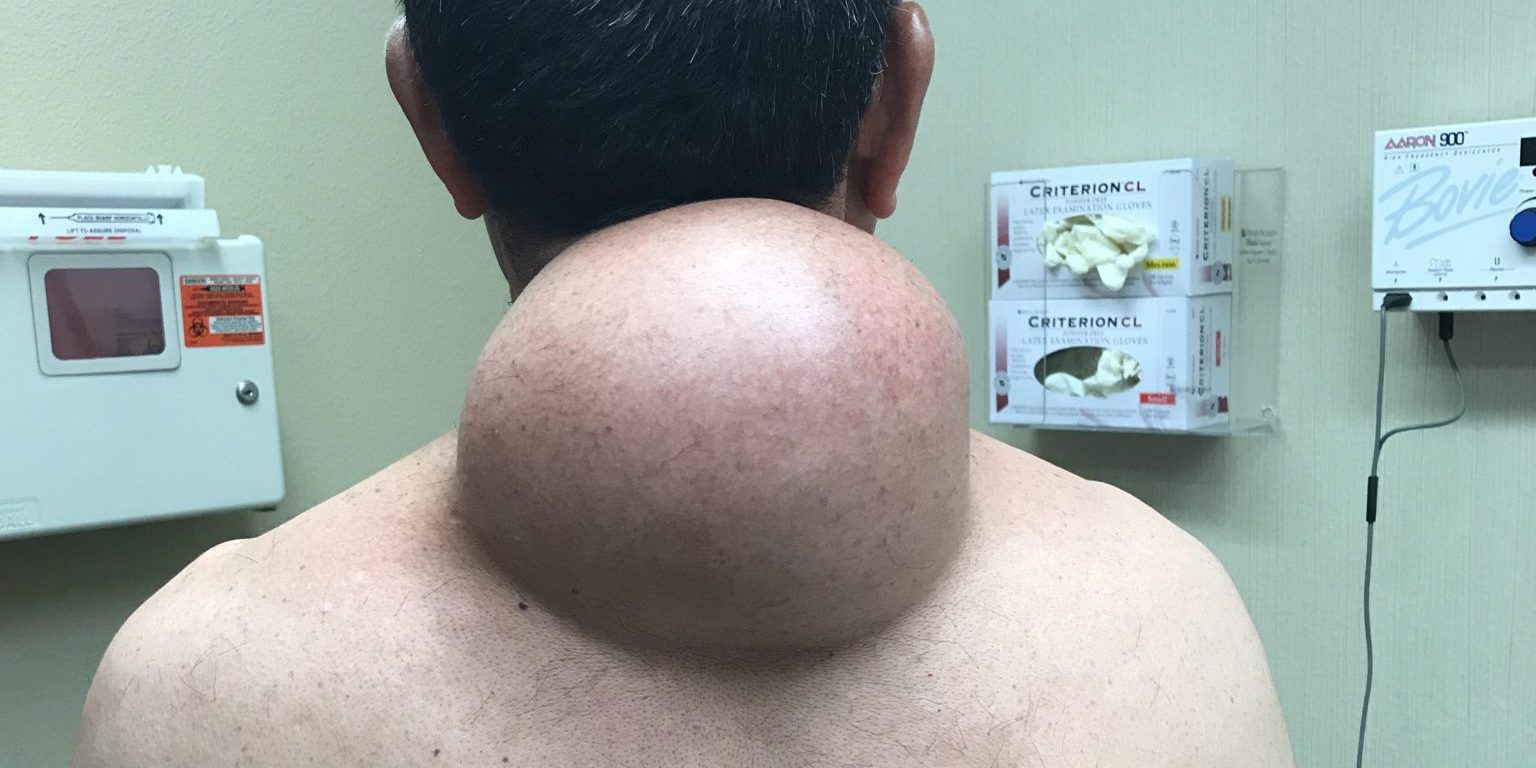 If your doctor told you that you have a tumor, your initial reaction might be to panic. We mostly hear the word “tumor” in reference to severe, life-threatening medical conditions like cancer, but in reality, not all tumors are harmful. The word “tumor” is actually just a generic term to just denote a growth; it could be benign, it could be malignant, it could be red, purple, flesh colored, or really any color in the rainbow.

Let’s learn about one of these common skin growths. Something so common, in fact, that doctors often won’t recommend removing them because they’re just non-cancerous fatty collections growing just under your skin. Dr Sandra Lee, aka Dr Pimple Popper, often explains them to her patients like this: “Imagine a fat cell in your body, what us dermatologists know as an adipose cell, just decides to divide and produce many clones of itself. This lump of cells lives in a little utopia of its own right underneath your skin.” These fatty growths are called lipomas.

What are lipomas? How common are they?

You may have noticed — or even felt — a lipoma on someone else, or you may have one yourself. That’s because lipomas are fairly common, affecting about 1 in 1,000 people. They’re characterized by their soft, rubbery feel and flexibility to the touch. The surface of the lipoma is not a different color, but there is a bump under the skin that rolls easily back and forth under the pressure of your fingers. Though research is unclear as to what exactly causes lipomas to grow, susceptibility to them is believed to be genetic. Researchers have also noted a correlation between injuries and development of lipomas, but doctors have yet to definitively determine why this correlation exists.

Lipomas mostly affect middle-aged people, and commonly develop around the neck, shoulders, back, abdomen, arms, and thighs. Generally, they do not exceed 2 inches in diameter, though they can grow to be quite large. They’re soft to the touch, generally painless and really cause no problems at all, though it is possible to feel some discomfort if the lipoma develops near nerves or contains blood vessels.

Here are some photos of what lipomas can look like. They definitely come in all shapes and sizes! 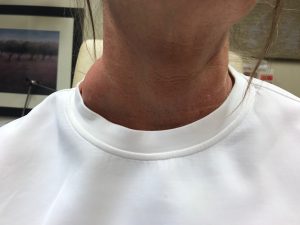 A small lipoma on the neck. 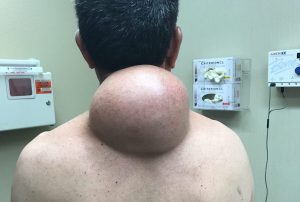 A huge lipoma – what Dr. Lee called a buffalo hump! – on the neck. 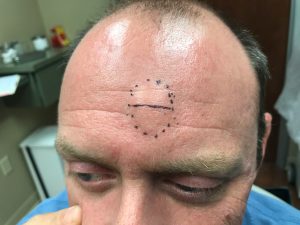 A small lipoma on the forehead that Dr. Lee removed. 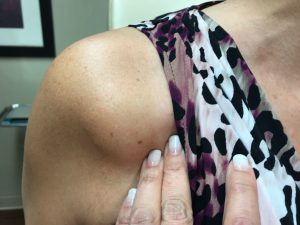 A medium-sized lipoma on the shoulder of Dr. Lee’s patient.

Can lipomas be dangerous?

Although these growths are generally harmless, there are some rare conditions where lipomas have the potential to evolve if left untreated, so it’s always a good idea to report any changes you see in your skin to your doctor or dermatologist. For instance, lipomas could grow inside the body, like in your organs or within muscle tissue. This type of development could be fixed with the removal of the tumor, but early detection is key to avoiding other problems.

A rare complication of lipomas is liposarcoma, a fast-growing cancer that initially may appear to have similar symptoms as a lipoma. Diagnosis of liposarcoma will require more tests and treatment will usually consist of surgical removal of the tumor, though radiation therapy could be employed as well.

Lipomas can also be symptoms of other underlying conditions as well, such as adiposis dolorosa, Cowden syndrome, Gardner’s syndrome, and Madelung’s disease. Most of these conditions are relatively rare, so if you think you’re dealing with a lipoma, there’s likely no need to panic. However, it’s important to speak to your doctor about any growths you notice so you can rule out more serious conditions early on and develop an appropriate treatment plan if there are any steps that need to be taken to control the growth.

Do lipomas have to be removed?

There are two main reasons that people decide to have their lipomas removed: Either the lipoma is in a tough area or pressure point on the body — such as the middle of the back or an area where you lean against it during day to day activities. Or, the lipoma is a source of embarrassment — for some people their lipomas are on awkward places, or can grow to be so large that they can easily be seen through clothes. The most common way to treat lipomas is with surgery to remove the lump. Lipomas are usually ensconced within a “pseudo-capsule” AKA an extremely thin, translucent sheath of tissue that is separated from the other cells of our body. Dr. Lee likes to call it the “Greta Garbo growth” because this actress liked to say “I want to be alone”. Lipomas like to stick to themselves and not fraternize with the skin around them.

Some people think that liposuction is a good option for removal, but that’s actually not true. “Liposuction breaks up a lipoma as it suctions it from the skin, and this increases the chances that the entire lipoma doesn’t get removed,” explains Dr. Lee. “If part of your lipoma remains, there’s certainly a chance it can regrow.”

Some patients claim there are natural or herbal remedies that reduce the size of lipomas, but the science backing these methods are shoddy at best since lipomas are fat-based, not inflammation. Though most herbs recommended to “treat” lipomas won’t necessarily do you any harm, it’s probably a better use of your time to see a doctor and hear your options for surgical removal of the tumor and ensure you don’t have a more serious condition causing the growths.

Since the cause of lipomas’ development is uncertain at this time, there really is no way to prevent them.  However, if your family has a history of these growths developing, it might be wise to keep an eye out for them. Since they’re mostly non-cancerous, they normally don’t need any sort of treatment, though most dermatologists will remove them at your request if their appearance bothers you or if they’re causing you discomfort.

As with any skin condition, though, the most important thing you can do is to monitor unusual changes in your skin and report them to your doctor or dermatologist. After all, the first step toward treatment is a diagnosis from a medical professional, no matter how mild or severe the condition is.

Watch the mother of all lipomas being extracted by Dr. Pimple Popper!